Are Led Lights Bad For Your Eyes? 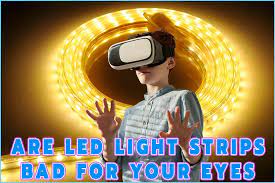 Ever since LED lights become more popular, there has been a lot of debate about whether or not they are bad for your eyes. Some people claim that the blue light emitted by LEDs can cause damage to your retina, while others say that there is no evidence to support this claim. So, what’s the truth? Are led lights bad for your eyes? Keep reading to find out.

Truth About LED Lights and Your Eyes

The jury is still out on whether or not LED lights are bad for your eyes. There have been some studies which suggest that the blue light emitted by LEDs can contribute to digital eye strain, but no definitive conclusion has been reached. However, one thing we do know for sure is that staring at any type of screen for long periods of time can contribute to digital eye strain.

Digital eye strain occurs when your eyes become tired from staring at a digital device for too long. Symptoms include dry eyes, fatigue, headaches, and neck and shoulder pain. If you spend a lot of time staring at screens, it’s important to take breaks every 20 minutes or so to give your eyes a rest.

Why LED lights may be bad for your eyes?

LED lights are bright and emit a lot of radiation. They can cause damage to your eyes over time and may increase your risk for age-related macular degeneration (AMD), a leading cause of vision loss among older people. This is especially true for LED bulbs that emit blue light, which has been shown to be more harmful than other colors in the spectrum.

There are other potential risks associated with LED lighting as well. For example, studies have linked exposure to some types of LEDs that emit high levels of blue light with increased risk of cataracts and poor sleep quality. However, research on these issues is ongoing, so it’s best to maintain healthy habits when using all types of lighting, including LEDs.

If you’re concerned about the effects of LED lighting on your eyes, you may want to consider making some changes in your home or office. Here are a few tips to protect your vision: 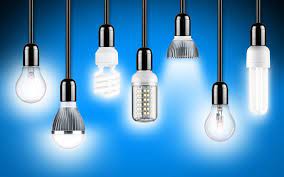 So, are LED lights bad for your eyes? The answer is that we don’t really know yet. More research needs to be done in order to determine whether or not the blue light emitted by LEDs can cause damage to your eyesight. In the meantime, it’s always a good idea to take breaks from staring at screens to avoid digital eye strain.

Ooze Pen Not Lighting Up When Charging